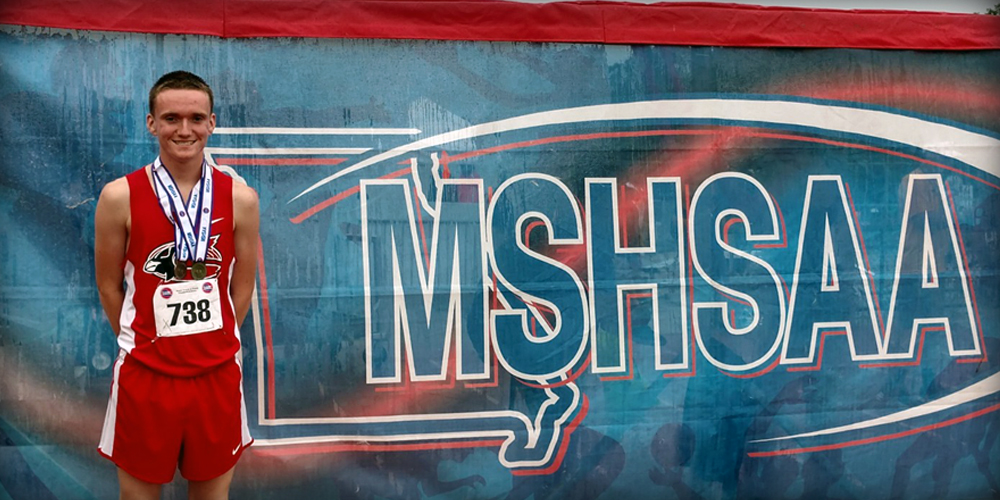 Coach Jenny Gardner said, “Evan runs with such perseverance and great determination.  He wants to perform to the best of his ability and that physically and mentally takes hard work and dedication. Evan demonstrates that over and over. Our assistant coach, Hailey Stevens, and I are so proud of him and his