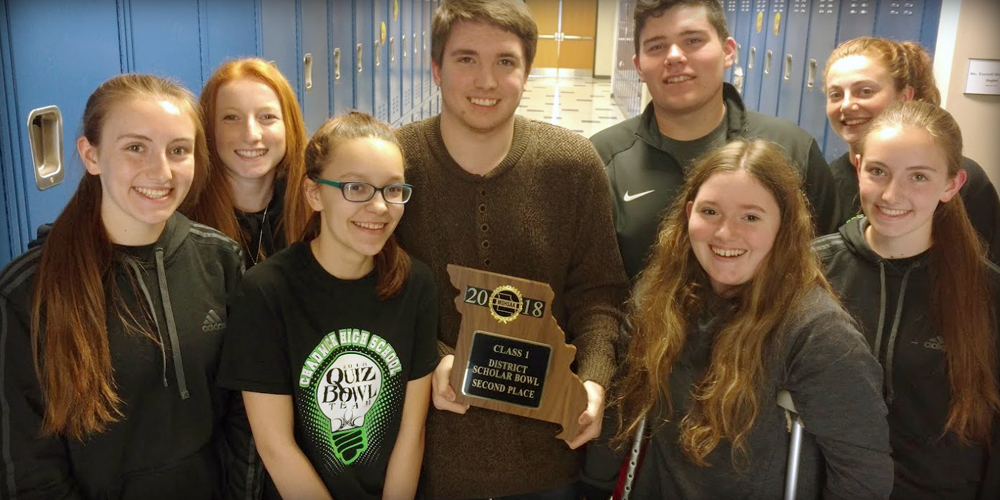 On April 14, 2018, the Chadwick Academic Team traveled to Koshkonong High School for the district tournament.

The team played Koshkong, Lutie, and Bakersfield in the morning and went undefeated, earning them a first place seed in the tournament.

The tournament, which was played after lunch, began with a second Chadwick victory over the home team.

Chadwick advanced to the district championship round where they faced Bakersfield for the second time that day. The score was tied at the end of the third quarter, but Baskerfield pulled away in the final round, winning by just five questions.

The team ended their season with a record of 9-4.